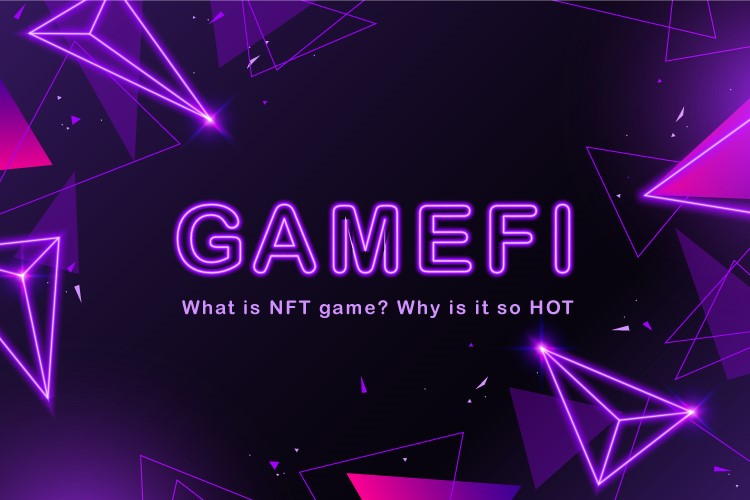 What elements make Dragon Pool will become a “craze” in the NFT Game industry.

By Anthony Singleton on November 2, 2021

In 2017, the NFT game craze emerged globally. Its undeniable attraction comes from both playing and making money, high profitability. Millions of people started forming groups, inviting each other to play typical games such as: Axie Infinity, The Sandbox, CryptoZoon, etc. So what is NFT game? Why is it so hot in the gaming world? In addition, hat characteristics do Dragon Pool have that are superior to the issued Game Projects?

What is NFT game?

Game NFT refers to games built and developed on the Blockchain platform. Each game will have its own economy and Token (coin). Players when participating can earn valuable gifts in the form of NFT (short for Non-Fungible-Token). What is special and attractive to players is that the currency and items in NFT can be converted into real money through exchanges with very high value.

In the traditional gaming world, game companies have full control, they make a lot of money from in-game transactions, while players never actually own the items they actually bought with money. But blockchain games are changing that. If you buy an item in a blockchain game, then only you own it and you can do whatever you want with the item.

Why is it so HOT?

The Evolution of Cryptocurrencies and Blockchain Technology: It’s no exaggeration to talk about the explosive growth, breaking many records of the cryptocurrency market. Thanks to the strong development of the DeFi sector in particular and the entire cryptocurrency market in general, the crypto market capitalization has surpassed trillions of dollars, resulting in an increasing number of interested and engaged users, increase not only in crypto investment and trading but also in NFT Game.

Play games and make money at the same time: There’s nothing better than being able to make a living out of your passion. In addition, interesting gameplay and high profits make NFT games the first choice of gamers.

High Profit: Game NFT is a new lucrative environment for smart investors with many high-value transactions that are continuously communicated. It also partly promotes the mentality of wanting to get rich, causing many players to sign up for an NFT game account.

The prolonged Covid epidemic made many people stay at home, unemployed, and have a lot of free time in the whole world. The forms of making money online, at home will be of great interest to many people, the optimal choice in the middle of the epidemic season.

In particular, in the Dragon Pool Game, your “invisible” value (skills, ingenuity, talent and tactics) will be evaluated most accurately and fairly based on rarity and level of the Dragon, from which the final NFT value – DP NFT is obtained.

Axie Infinity, a video game project combining blockchain that has caused a fever in recent times. Axie Infinity is a game developed and operated by Vietnamese people, operating on the Ethereum platform. Players can battle, collect, raise, and build a land kingdom for their pets (called Axies).

The Sandbox is an Ethereum-based decentralized gaming ecosystem where users can create, share, and monetize gaming assets and experiences. The game was put to the test by the manufacturer Pixowl at the end of 2020 and is a blockchain project of the famous mobile game version launched in 2012. The goal of the game is to help players have complete freedom, not subject to the management of the game operator. Also in The Sandbox players can also create NFTs and sell them on exchanges

Decentraland is a virtual world NFT game, developed on the blockchain technology platform, or more precisely, the Ethereum blockchain. The game was launched in 2016 by a group of Argentine developers. The virtual world in Decentraland is inspired by 2 games Second Life and Minecraft (the games with the most players in the world). Decentraland simulates a miniature society where players can create characters, build houses, buy cars, participate in events …

Decentraland currently has a market capitalization of 1,290,755,971 USD

Each player will own a collection of one or more dragons to create value determined by the rarity and level of Dragon you achieve. Success or failure in skills, the value received will depend a lot on your skills, ingenuity, talent and reasonable tactics. The final NFT value can be measured and based on your skill.

+ Completely different from the market trend when the NFT value does not have a specific, sentiment-based measure to determine the value. All efforts, rarity, depend on supply and demand, so it’s easy to manipulate by issuers.

+ Dragon Pool not only has normal play to earn value, modern NFT value is based on intrinsic attributes to measure player’s skills, thinking and tactics, that is the value players create and deserve to receive.

+ Dragon Pool is a complete game ecosystem that connects players and developers to create a strong exchange, connection and exchange community.

+ Becoming a stable and long-term job during the complicated development of the covid epidemic.

+ A solution to increase income without age and industry limits.

+ This merger between a new, decentralized, trust-agnostic, and immutable economic paradigm and one of the most popular pass-times in Human history (gaming), is surprisingly natural.

+ Players spend time playing. They develop skills with patience and persistence. Until today, their efforts were measured in their score, ranking and/or character evolution. Which leads us to Dragon – a game that allows players to capture their unique gaming achievements in their NFT.